Scroll Down for details...Keep on Scrollin' baby!

June 9 - OM Center Poetry Slam
7:30pm • $7
What is a poetry Slam?
It's competition poetry; meaning humor, politics, enlightenment, sex, entertainment masquerading as literature, literature masquerading as entertainment. Poets will read, then judges will flash Olympic-style scoring to determine who goes on to the next round until there's just one poet left standing as the champion. It's a lot of fun! 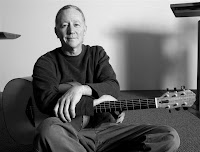 Michael Mandrell is an artistic and passionate contemporary American fingerstyle guitarist with an ear for the creative side of the world fusion genre. His orchestral compositions offer equal parts world and new age, an array of middle Eastern rhythms and scales, with tinges of folk and an infusion of Celtic overtones.

He is one of those rare artists who has a strong sense of his Western musical roots, yet can make beautiful and sophisticated forays into the music of the East. Mandrell's guitar playing is extraordinary. His tunes are lyrical, the stuff fairy tales are made of: slightly jazzy, seductively smooth and consistently beautiful. His intricate fretboard work and technique reflect an artist of vast creativity and a pan-global vision of the instrument he loves.

Mandrell performed with the world fusion group Taos, co-producing their CD, The Deepening Edge. His self-produced CD, The Great Spiral Dance, continues in the fusion tradition, with his original guitar compositions masterfully arranged with flutes of the world, fretless bass, East Indian percussion, Uillean pipes, and many other world instruments.

Known for his beautiful, fiery and transcendent guitar mastery, Mandrell has been featured on Public Radio International’s “Echoes” with host John Diliberto.

More than just accomplished guitarist, Mandrell also has an on-stage energy not to be missed. From Celtic mythos to Hindustani rhythms, Mandrell's concerts feature new songs and guitar pieces with his world acoustic music tour. 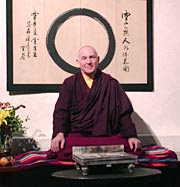 Toyohari Acupuncture is a refined system of Japanese five phase meridian therapy. It is largely based on the practitioner's acute palpation,ability to feel Chi and specialized non-insertive needle techniques. Its theoretical foundations derived from the medical classics--Su Wen, Ling Shu and Nan Jing. Dr. Bole's teacher, in Japan, is blind and has developed an acute sensitivity to chi through this practice.

Dr. Lama David Bole (Ph.D., A.P.) is an acupuncturist and a Tibetan Buddhist monk. He specializes in Toyohari and herbology. As a Westerner, he is able to bridge the gap between East and West. Dr. Bole received a Ph.D. in Psychology from the University of Florida and a Doctor of Acupuncture from the College of Traditional Chinese Acupuncture in Oxford, England. Dr. Bole was the founder and President of both the Florida School of Acupuncture and Oriental Medicine, and the Healing Arts Center in Gainesville, Florida. He currently teaches Tibetan Buddhist philosophy and meditations, practices acupuncture and herbal medicine, and offers courses designed to enhance awareness and health at the Healing Arts Center.

Acupoint Pressure Therapy (APT) is a complete system of healing and a type of massage therapy used in traditional Chinese medicine. Dr. Bole will teach a range of techniques, from those thousands of years old to those informed by current research. These 25 specific acupoints are used to restore balance in body function, dispel fatigue, relieve pain, improve circulation, and promote the body’s natural healing energy. By properly activating these points, we gain greater physical, mental, emotional, and spiritual well-being.

This class is open to laypersons as well as professionals! No prerequisite!

An introductory class teaching "how to" on Tibetan meditation techniques: how to rest and stabilize the mind, necessary for insight meditation. This is a method for directly seeing the mind’s true nature. Buddha would often compare himself to a physician and the teachings to medicine.

All welcome, no previous training needed! 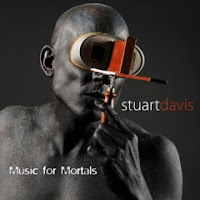 Stuart Davis is all about the hyphens: Writer-Director-Actor-Comedian-Songwriter. Naturally, Stu's debut television series Sex, God, Rock 'n Roll allows him to play in myriad ways. His day job has always been rock 'n roll. Having performed thousands  of shows and released 14 albums, Davis is a pillar of the showbiz carnival.  But in the past few years he's been branching out into other forms of fun.  Combining original songs, comedy sketches, and monologues,  Stu's tv show is a mosaic of mediums that suits his multi-faceted passion.

"Without exaggeration, Stuart Davis is one of the most fascinating and exceptional songwriters in modern music."
San Jose Metro

"Davis may be the best songwriter you’ve never heard of." Des Moines Register

"Not since Bob Dylan burst through has Minnesota produced such a confident and creative songwriter and social observer." Minneapolis Star Tribune

Posted by Omaha Healing Arts Center at 2:23 PM No comments: