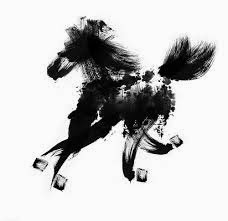 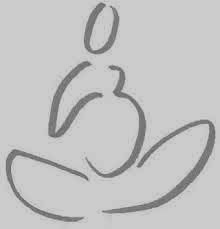 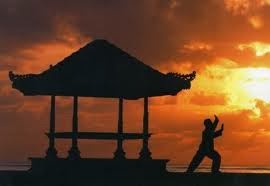 Move into stillness with this ancient series of Primordial Qi Gong. Harmonize your body, mind and spirit while you develop balance, coordination and concentration with these gentle movements. Primordial Qi Gong are great for all levels of experience and physical conditions.
Qi Gong is an ancient practice composed of movements to regulate the body, mind and breath. The techniques and movements not only increase range of motion, and also improve Qi flow, open the meridian channels, and help to develop internal strength.
Instructor Sarah Knispel, is a certified WuDang Qi Gong instructor.
A native of Nebraska, Sarah has a background in: college athletics, dance, yoga, tai chi, Qi gong, meditation, and other holistic healing practices. She is a student and instructor with Taoist philosophy and techniques with Master Chen. 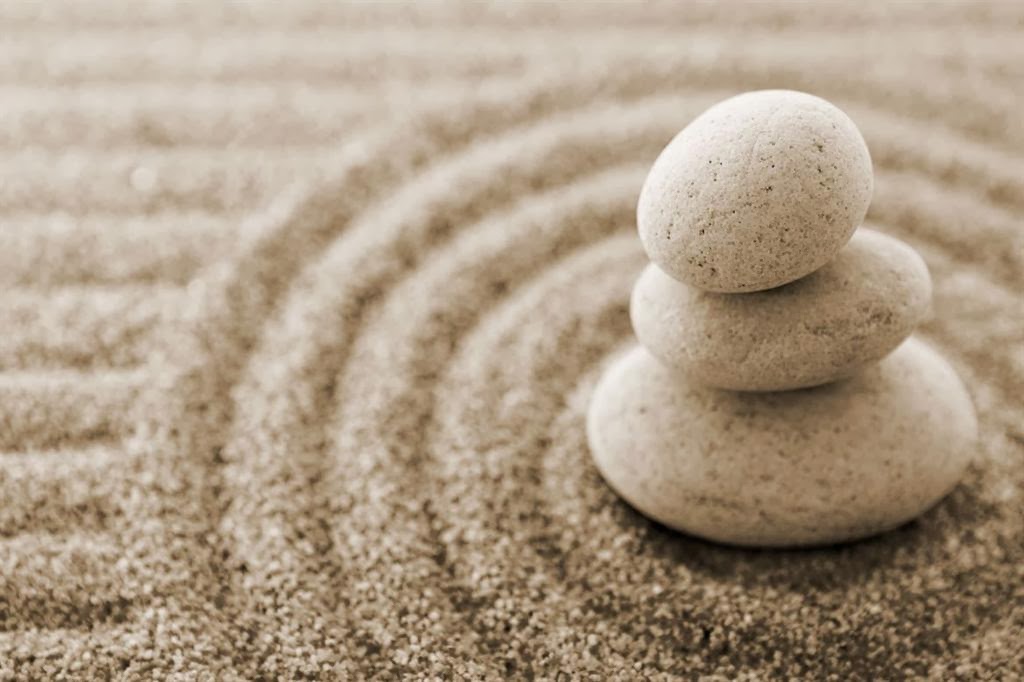 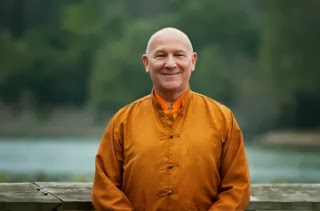 Dr. Lama David Bole (Ph.D., A.P.) is an acupuncturist and a Tibetan Buddhist monk.
He specializes in Toyohari and herbology. As a Westerner, he is able to bridge the
gap between East and West. Dr. Bole received a Ph.D. in Psychology from the University
of Florida and a Doctor of Acupuncture from the College of Traditional Chinese Acupuncture
in Oxford, England. Dr. Bole was the founder and President of both the Florida School of
Acupuncture and Oriental Medicine, and the Healing Arts Center in Gainesville, Florida.
He currently teaches Tibetan Buddhist philosophy and meditations, practices acupuncture
and herbal medicine, and offers courses designed to enhance awareness and
health at the Healing Arts Center.
~~~~~~~~~~~
• Tibetan Tranquility Meditation Class  with Lama David
Sunday, April 6, 2014 10am -noon  • $15 RSVP OM / $20 Day of
A how-to, teaching on Tibetan meditation techniques; how to rest
and stabilize the mind, necessary for insight meditation. This is a
method for directly seeing the mind’s true nature. Buddha would often
compare himself to a physician and the teachings to medicine.
All welcome, no previous training needed!
Toyohari Acupuncture is a refined system of Japanese five phase meridian therapy. It is largely based
on the practitioner's acute palpation,ability to feel Chi and specialized non-insertive needle techniques.
Its theoretical foundations derived from the medical classics--Su Wen, Ling Shu and Nan Jing.
Dr. Bole's teacher, in Japan, is blind and has developed an acute sensitivity to chi through this practice. 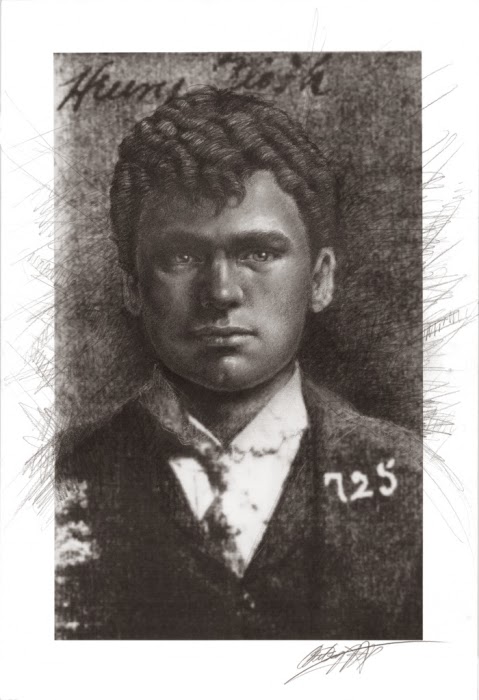 Aubrey Nye's  Nebraska, “Mugshot” Series showing at OM Center will be featured in “NebraskaLife” magazine in March. These are detailed graphite drawings from the omaha police files of the late 1800”s and early 1900’s in Omaha. Each one has been extensively researched so you also have the story behind each character.
The crimes range from a horse stealer,a young man who stole gold fillings and spent 1 1/2 in jail, a young lady that sued the judge for her arrest which was unknown at this time, a lady that shot her husband for adultery and acquitted, young prostitutes whose occupation was one of the only ones offered to women, to nefarious characters of murder and mayhem.
Aubrey’s drawings are such that when you look into the eyes of these people you feel as if they are telling you their story. You may even find that you are related to one of them!
http://www.personalcommunications.net
http://www.GallerybyAubrey.com 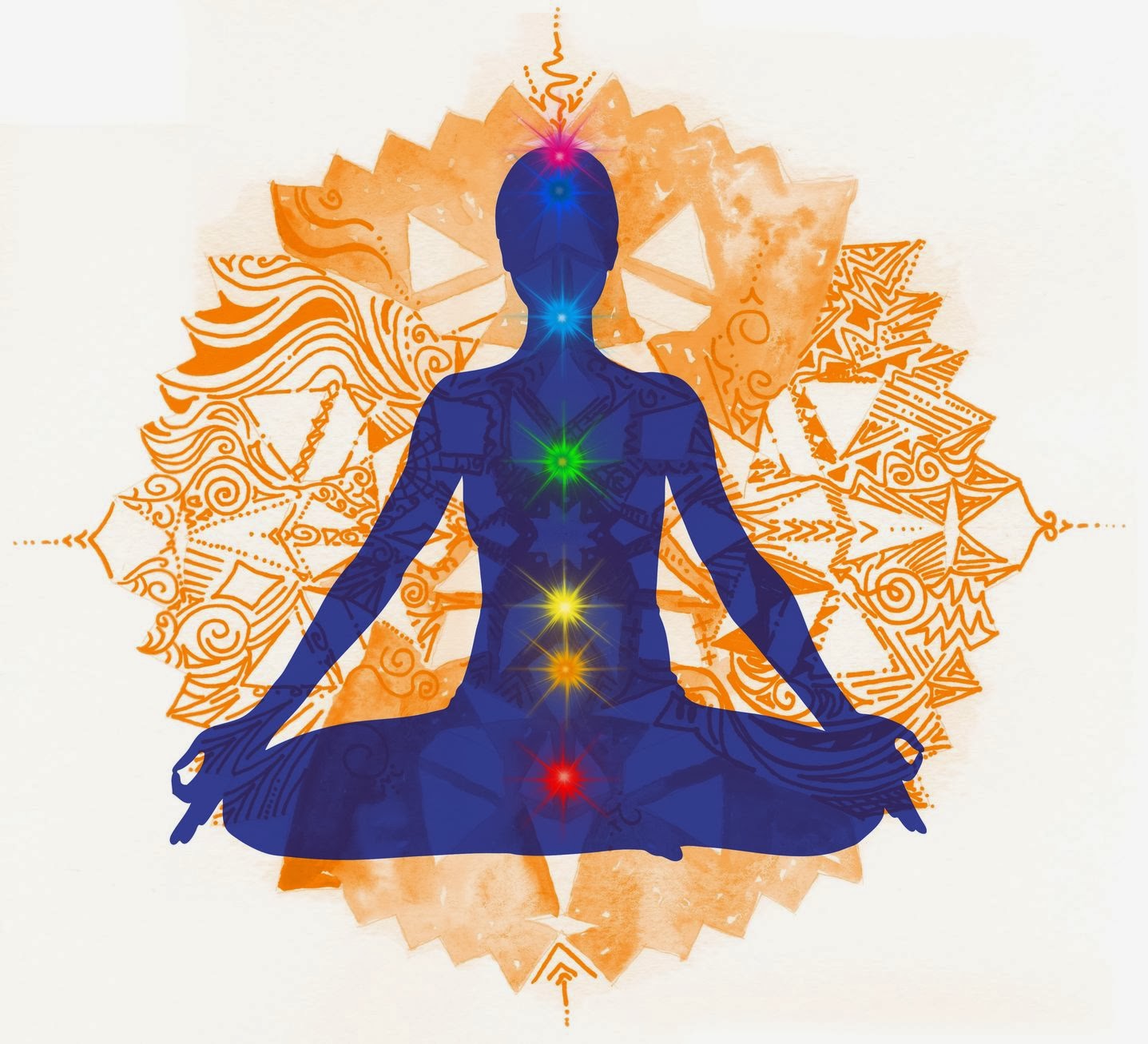 This course will provide you with the essential knowledge needed to understand healing work through the use of key energy points called the chakras. The use of the term chakras and healing therapies directly focused upon the chakras are becoming more popular in mainstream society. This course will both familiarize you with what the chakras are and introduce an in-depth foundational knowledge of the subtle energy fields. You will gain a better understanding of the chakras through first hand experience with your own energy centers.


We will examine and demonstrate theories on sound:
• Descriptions and definitions of Om and AUM, - Hindu and Esoteric theologies
• Musical pitch, theory, and physics.
• A Vibro-Acoustic system will available for those interested to experience these principals.
http://www.dameonkeller.wix.com/esotericartschicago

Songs From A Ballad Of The West 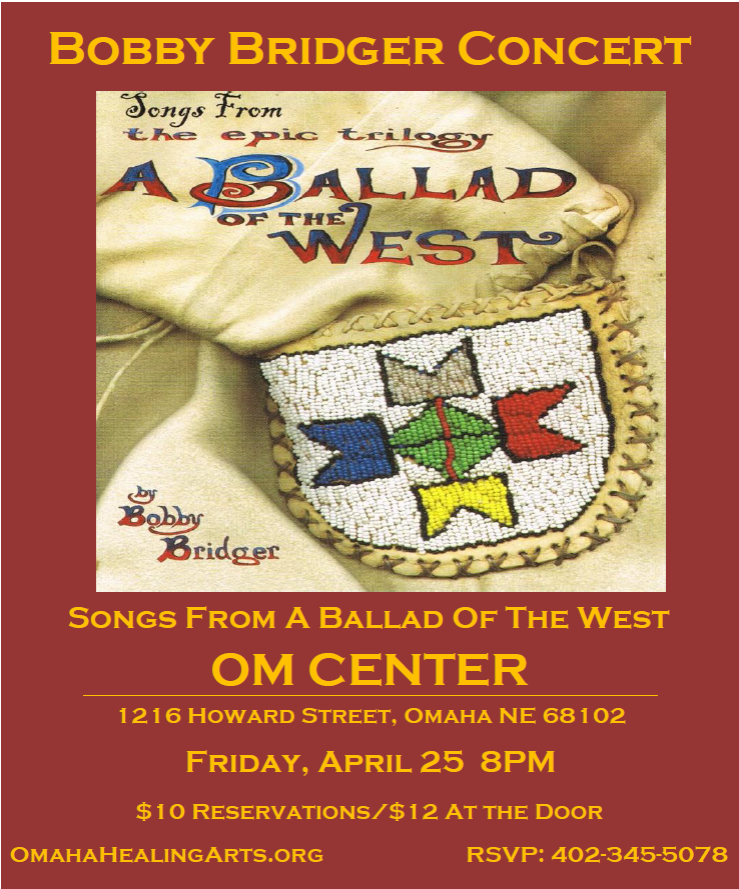 Revenge vs. forgiving the unforgivable. Following the path of his novel, Justice, Harrison discusses his experiences, including his walking pilgrimage to Auschwitz. Dr. White, Professor of Philoso- phy, author of The Heart of Wisdom, joins in a dialogue from the literary and philosophical perspectives. CompassionOmaha.org

Mr. Harrison shares his humorous, poignant, shocking tales from the stage and screen, experienced with his stage/screen actor parents, Rex Harrison and Lilli Palmer. A reception follows with Harrison and his wife, artist, Claire Lambe, whose portrait exhibit, The Empathetic Eye, will be on display all weekend.
Posted by Omaha Healing Arts Center at 3:43 PM No comments: