Otis Twelve and Sandy Aquila of the OM Center are collaborating to bring  an exciting new series of "House Concerts/ Music & Art" events to Lookinglass and Milk Studio.  The first act to begin this journey is "Perfumeman" a self described  pre-music, post-something pop duo. Complex yet oddly accessible melodic vocals, sharp cello loops, driving bass beats, and the occasional scream punctuate Perfumeman’s music. They sing of love, exorcism, gender bending, and not worrying. The layers of cello combined with Charles’ crooning voice give Perfumeman a deep texture like a dank echoing cavernous hole in the earth..."
Lookinglass and Milk itself is a home, a working studio, and an experience all its own...Located near Hanscom Park, the wood floors and 16 ft. tin ceilings offer a perfect environment for a true, intimate house concert experience.
This, the first gathering of friends, will mark the beginning of a series of experiences that we hope will enrich all of our lives, as friends... as fellow travelers... as folks just plain in love with smart music and art on the edge.
EMAIL Reservations are required... NOTE: NOT AT OM Concert will be at Lookinglass and Milk Studio
Send your name and the number of spots you want to reserve to:
lookinglass12@cox.net Space is limited so do not delay. This is a cooperative effort by friends, including you of course, and donations are suggested of $10 to $20 per spot. It's a voluntary, sliding scale that lets all of our friends help us keep the spirit of the space alive... Come and hang out...

Saturday • August 11 • 7:30pm • $7
OM Center Poetry Slam
What is a poetry Slam?
It's competition poetry; meaning humor, politics, enlightenment, sex, entertainment masquerading as literature, literature masquerading as entertainment. Poets will read, then judges will flash Olympic-style scoring to determine who goes on to the next round until there's just one poet left standing as the champion. It's a lot of fun! 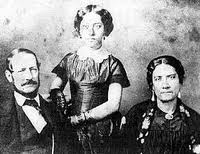 Friday • August 17 • 6:30-9:30pm •$35 adv/$45 day of
Family and Systems Constellations w/Larry Kessler
This powerful evening will  enrich your experience of the weekend as you access the ancestors, heal entanglements with them, and help others to find the love in their families.
Family constellations reveal the past wrongs, suffering, and entanglements in our families—even generations in the past--and their effects on our lives now. The constellations resolve these issues and allow the soul to move towards peace and understanding.

In a Family Constellation, a person chooses others from the group to stand in for family members. Surprisingly, these representatives feel what the people for whom they are standing felt. The stresses on the family system can then come to light and be resolved. When this happens, the love hidden in the system begins to flow and a deep sense of wholeness follows.
Weekend Workshop to Follow. For more information or to register: Karen Baumstark • 402-630-6988  spiritpathways1@aim.com • http://www.icontact-archive.com/SG1rnboC_9_yls6ARIaI4RigB_vR1h24 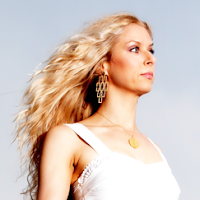 Meet Parvati!  Reception & Free Talk  “Living a Spiritually Engaged Life in a Busy World”
Tuesday • August 28, 2012 • 6-7pm • FREE
Back from the North Pole where she went to raise awareness of the melting polar ice, and based on the popularity of her blog and on-line magazine, Parvati, a dedicated Canadian yogini, meditator, activist and musician, inspires us to live as engaged spiritual beings in a busy world so we may experience a rich life, rooted in joy, ease and abundance.

Often on extensive touring schedules, Parvati has had to learn how to bring her spiritual practice into every aspect of her life,engaging the world with clarity, fierceness and compassion. Please join Parvati for this inspiring “meet and greet” to find out how to meet all of life with grace, skill and ease.

YEM: Yoga as Energy Medicine – Yoga Class
Tuesday • August 28, 2012 • 7-8:30pm • $15 adv. / $20 Day of
YEM is where yoga and healing meet. Having taught yoga teachers and beginners since 1993, Parvati is skilled at rounding out an advanced student's practice as well as inspiring those new to yoga. With keen insight into individual’s energy blockages and patterns in need of release, Parvati will guide you into a new experience of embodied power. Join us for this rare opportunity to work directly with the founder of YEM: Yoga as Energy Medicine. Please dress comfortably and bring your own mat. 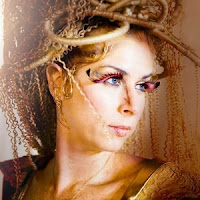 Yoga Groove • Parvati and DJ Rishi Dev – Yoga Class with live sound
Wednesday • August 29, 2012 • 6-7:30pm • $15 adv. / $20 Day of
The use of sound can bring the practice of Hatha Yoga to a whole new level. In this fun and profound class of gentle yoga poses set to music, we will explore how to clear the body's energy system and deepen our experience of embodied bliss, that is, yoga. DJ Rishi Dev will provide background music to support Parvati's clear and compassionate instruction geared for beginners and advanced practitioners alike. All are welcome.


The Healing Power of Sound – Class of Sound Exercises and Meditations
Wednesday • August 29, 2012 • 7:30-9pm • $15 adv. / $20 Day of
"As far back as I can remember, music was my way in to the unseen world. I felt most connected to spirit through my voice. I found creative freedom in sculpting sound." Parvati

In this dynamic, fun, interactive and breath-based workshop, you will explore how sound is used as a tool for personal healing and growth. Join us and awaken your inner healing power through vocalizations, sounding, overtones, sound meditations, clair-audience, chakra balancing, nada yoga, theory/philosophy, and sacred chants. No singing experience necessary. All welcome!

YIN: Yoga in The Nightclub - A Unique, Live, Interactive Performance
Thursday • August 30, 2012 • 8pm • $15 adv. / $20 Day of
Over a backdrop of lights and video, Parvati combines lush electronic soundscapes and fierce dance grooves to feature traditional Sanskrit chants to the Divine Mother. Her enchanting vocals and lush sounds encourage audience members to sing along, join in for mudras and yoga poses and dance freely. A percentage of proceeds supports Embracing The World. Bring your whole self!

One-On-One Intuitive-Healing Sessions with Parvati
(Call OM for appointment)
During her 3 days in Omaha, Parvati, founder of YEM: Yoga as Energy Medicine, will be available for rare private intuitive-healing one on one sessions that include yoga poses, breath work, energy exercises and intuitive reading.

PARVATI: YOGA INSTRUCTOR/HEALER
With a broad knowledge base and years of practical experience in yoga, meditation, sound and energy healing, Parvati’s work supports all beings realizing their magnificence.  A featured instructor in yoga/music/healing conferences and festivals internationally, Parvati has taught yoga, sound and holistic healing at the University of Toronto, Canada. Parvati has studied yoga since 1987 and taught since 1993, completing trainings in Hatha and Scaravelli Yoga, and studying Iyengar, Ashtanga and Tantra Yoga. Parvati continues to teach internationally and produce YEM DVDs and CDs.

PARVATI: MUSICAL ARTIST
Parvati is a Canadian musician who writes, produces and performs pop songs, powerhouse dance anthems, and lush, sophisticated and textural electronic soundscapes that express the gift of life. Her voice and stage presence are fresh, vital and fierce. Whether Parvati performs as herself or as her alter ego Natamba (an intergalactic being of liquid gold light), her electrifying stage presence brings to life for audiences the brilliant field of interconnection that she calls home. Her unique, innovative and masterful compositions and performances have garnered her acclaim from international press, industry and fans around the world. Parvati is currently touring her new album “YIN: Yoga In the Nightclub”, songs for the Divine Mother, through the USA and Europe throughout 2012-2013.
www.parvatidevi.com

Concert is SOLD OUT both Sunday and Monday...
Music Legends Reunion
A Historical Retrospective and Concert
The Les Smith Soul Band, to L.A. Carnival to Crackin’ 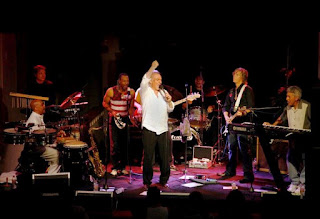 1967 marked the beginning of the musical history for five Omaha natives: Ron Cooley, Rick Chudacoff, Leslie Smith, Arno Lucas and Lester Abrams, hailing from Omaha’s North and Central High Schools. Some were mentored by the late Luigi Waites. First, they formed The Les Smith Soul Band, which evolved into L.A. Carnival. Eventually, four of the musicians formed Crackin’, which recorded for both MGM/Polydor and Warner Brother Records.

The stories around these musicians reflects an important time in Omaha’s racial and musical history. The bonds formed through their shared musical experience have endured through the years. These stories and their music will be presented in this exciting retrospective and musical evening.
Posted by Omaha Healing Arts Center at 12:51 PM No comments: